Why did we write this guide?

We want to be the number one source of information for pre-construction condominiums.  Our team meets with hundreds of investors for new condos every year and there is one common statement that we hear time and time again; there is no one place to get all the information that you need to get started in investing in pre-construction condos.  We want to be your one stop for information and give you the best access to the best new condo projects in Toronto.

Who is this guide for?

This guide is for anyone interested in pre-construction condominiums.  We share details, tips and tricks about investing in Toronto that work for every level of condominium investor whether you’re just getting your feet wet, or even if you have purchased new condos in the past.  We feel there is something for everyone.

How much of this guide should I read?

I would suggest reading it all.  We have split this guide into three easy to understand sections:

CHAPTER 2 – How to successfully buy Pre-Construction Condos in Toronto

Anyone can walk into a sales office and buy a new condo.  The savvy investors take their time and wait for the right opportunity and are quick to react when they become available.  In this next chapter we will explore some of the biggest mistakes that new condo investors make (many times costing them thousands of dollars) and how to avoid them.  We will teach you about the secrets of the Toronto Condo industry that will help you take advantage and buy the best units at the best prices.

Pre-Construction Condos: Timing is everything

One of the biggest secrets of the Toronto Condo industry is: Timing is everything.  You can study every spreadsheet, research every lot surrounding the condo to ensure your view is protected and micro-analyze every last detail; but if you buy at the wrong time then you could be leaving thousands of dollars at the table.  Remember, you make money in real estate by what you pay for it, not what you sell it for.

Developers Need to Pre-Sell 75% of the Condo Project

In order to understand how we can take advantage of the developers to get the best prices, it is important to realize that most developers in Toronto need to pre-sell 75% of their condominium before they are able to secure construction financing (that is, before a bank will loan the money to the developers to build the tower).

Why does this matter? Knowing their sales target allows us to pinpoint very specific times to be able to get the best deal.

The Platinum Launch – Buy Early to Save Money

When a developer launches a new condominium project, they typically do so in 5 stages (note, every developer has a slightly different way of launching their project – however, the below is an aggregate of what we see in the market place).  The condo launch cycle is a tried and trusted method of selling projects by developers and is important for investors to understand.

There are typically 5 different launches, and as you go through the launch cycle the best suites are sold off, the developer tends to increase prices remove and remove incentives (which means that the later you buy, you are often paying higher for the “leftover suites” after all the best ones have been picked through).

The five launches are:

Generally speaking, if you are invited to purchase directly with the developer or are able to walk into a sales office then the chances are that there have already been 5 “launches” before you and you’re looking at leftover suites with higher prices. 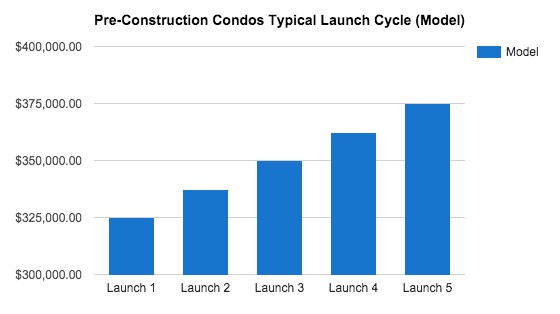 The next graph shows real life examples of the pricing for for a standard 500 sq.ft. suite in three projects at each different stage of the sales cycle. 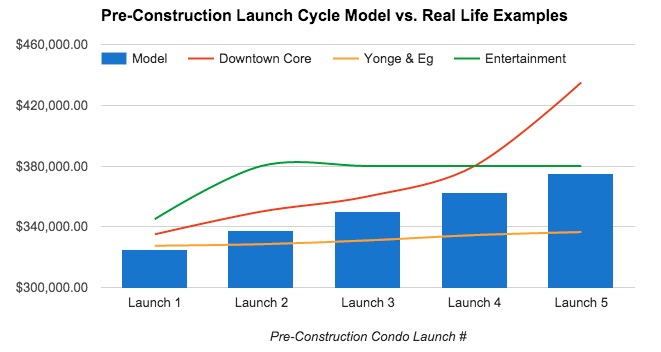 As you can see from the graph, the prices all three projects increased over time with each launch.  The “red line” (indicating a project located in the Downtown Core) increased from around $330,000 to over $430,000 between the first and last launch – a difference of $100,000 for the same suite, in the same building but at the wrong time.

Similarly, the “green line” indicating a project in the Entertainment District had a large jump between the first and second launch but then remained consistent through the remaining launches.  However, if you didn’t purchase at the right time, you may have paid over $40,000 for the same suite as your neighbour.

These are real life examples of price increases, sometimes in a matter of days or weeks.  This is what we mean when we say “TIMING IS EVERYTHING” in successful pre-construction condo investing.

Generally speaking, the earlier you can get in, the better.

Why Don’t the Developers Sell Direct to the Public Quicker?

We get this question a lot.  The assumption is that a buyer walking into the sales office without an agent should be able to purchase directly with the builder and even at a discount (because the developer will be saving on the agent commissions).  However, there are multiple reasons that the developers do not launch to the public quicker.

TRUTH: There are actually TWO best times to buy in a Condo Launch Cycle

We already highlighted that a developer needs to pre-sell 75% of their project before they can secure construction financing.  Sometimes a developer doesn’t get to that magic number and gets “stuck” at 60-65% of sales.

In this situation, a developer may “quietly” put together an incentive package for a very limited number of suites (typically the number of sales required for them to secure financing).  In this scenario, developers have been known to offer very favourable terms to buyers (in many cases offering suites below the Platinum Launch) who are able to act quickly.

There are a couple of notes on these kinds of deals:

I want to be notified of Private Bulk Deals

Working with a Platinum Agent

“Platinum Agent” is an industry term to describe agents that get front of line access to new condominium launches.  These agents are often given preferential treatment by developers because they sell a large volume of condominiums and have large marketing reach.

There is numerous benefits of working with a platinum agent when buying a new condominium, including:

Is “Platinum Agent” a Gimmick?

In short, no.  There are truly numerous benefits of working with a Platinum Agent on a new project launch.  Agents that sell a large volume of units are given preferential treatment by the developers and sales managers.

If you are NOT working with a platinum agent when buying a new condo:

This chapter deals with the process of buying a new condominium.  Before you even look at any condominium projects there are various common errors that you can make in the process that can cost you thousands of dollars and are easily remedied if you arm yourself with the correct knowledge.

1.Buying at the Wrong Time

If there is one point that you take away from this guide, make it this.  When you buy a pre-construction condominium in the GTA, Timing is Everything.  Buying at a new condo project at the wrong time can cost you tens of thousands of dollars so it’s important to know what stage you’re buying at and work with someone that you trust has the inside knowledge of what stage of the sales cycle the developer is selling at.

2. Buying with the Wrong Agent

Platinum agents in Toronto is not just a marketing gimmick.  It is a very very real thing.  Developers and sales teams work with the agents that support their projects and give preferential treatment when it comes to prices and incentives, and also allocating the best suites.

We have seen countless frustrated buyers who are ready to buy but cannot get the same access as someone working with a Platinum Agent.  Working with the right agent is literally like getting the “Fast Lane Pass” at Canada’s Wonderland.

3. Not waiting for the right opportunity

A lot of the times when we meet new investors who are eager to invest, we tell them to sit tight and wait for the right opportunity.

We already know that timing is everything, so being prepared for the best projects and being able to jump on them quickly is what sets the pro-active investor from the re-active investor.

Why Pre-Construction and why Toronto?

How to Choose Which Pre-Construction Condos to buy? 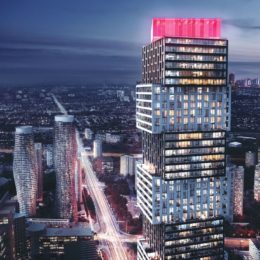 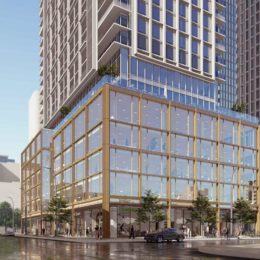 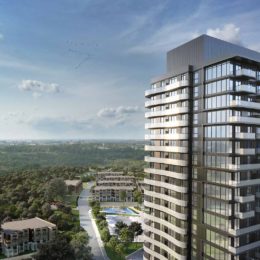 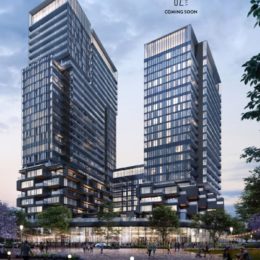 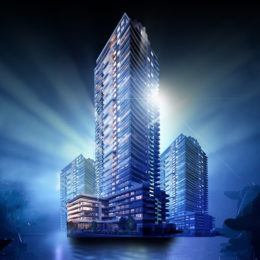 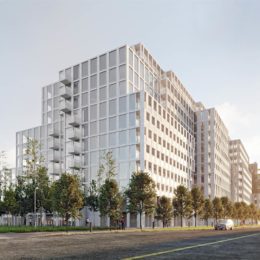 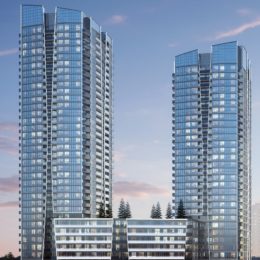 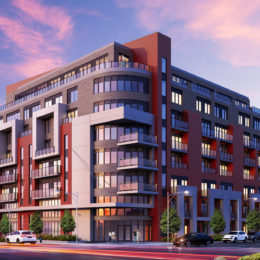 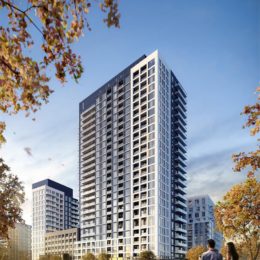 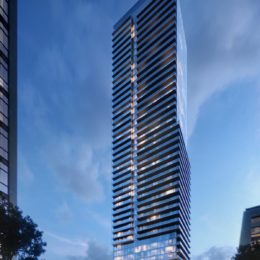 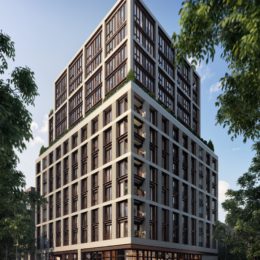 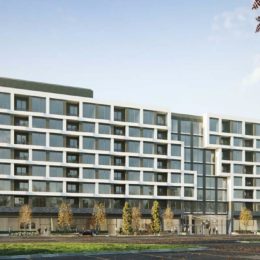 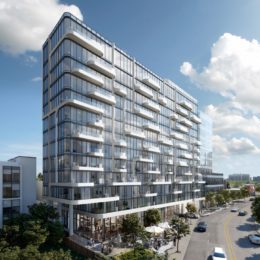 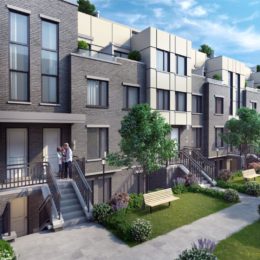 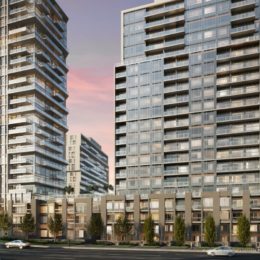