This is an important episode of the Release Radar for any condo investor as we gear up for some very exciting launches this Spring.

Playground Condos, 9th & Main, Lakeside Residences Park Suites and Uovo are all set to launch in the first couple of weeks in April while M2M Condos is gaining huge momentum and interest and is right around the corner.

Email Me the Best New Condo Launches Every Week

Next week our team will have a chance to sit down and talk to Aoyuan Developments ahead of the launch of M2M but for now here is a quick look at all the top new launching in the coming weeks.

Roy: Welcome to the TalkCondo Release Radar, where every single week we go through the best of the best of the new condo launches to help you save thousands by getting in first. And this week is a very important week because … and especially for any condo investor whose looking to get into the market. This is a key week because it’s on the cusp of a number of exciting new condo launches. So, this one is really important [inaudible 00:00:39] pay attention to. Because these are the condo projects that you wanna be leading up to, and you’re able to get in first by being ahead of everybody else.

Roy: The first project is, Playground Condominiums, which is located in the King West area. And we now have a condo launch date for playground. This [inaudible 00:01:00] launching on, April the 4th, which is next week right after Easter weekend. On playground we just did a very, very deep dive on this condominium. It’s a 25 minute video, where we talk about everything you need to know about playground. Our top five reasons to invest.

Roy: Why you think playground is so exciting. 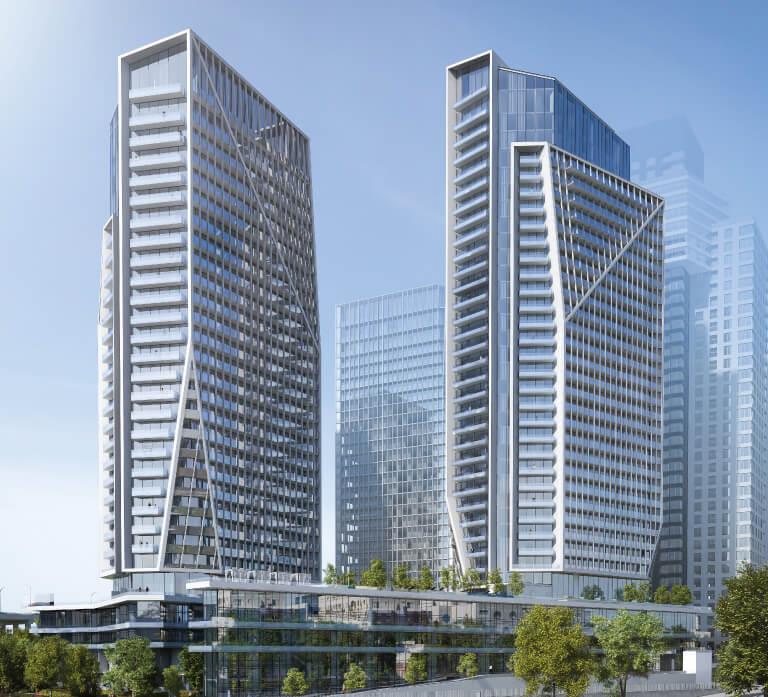 Mike: Alright. So, as Roy said King We … it’s actually in between Fort York, King West, and Liberty Village. So you’re getting the best of all three of those worlds there. It’s gonna be 35 stories, it’s located on a 7.6 acre, master planned community. Half of that is going to be public space that includes a 4 acre park, Olympic size pool, and a pedestrian bridge that’s going to connect, basically from the lake all the way up until Trinity [inaudible 00:01:58] park.

Mike: In terms of Investors, end users, people looking to … You know, price as well is going …

Roy: Great price is gonna be the …

Roy: The most important …

Mike: And we’re looking at $900 dollars per square foot, so you’re looking at a unit starting in the $300’s. All those reasons are going to make this really, really attractive. And then, one of the things we always like to touch on is that we always felt that King West, or Liberty Village felt a little closed off from the city, but with the King’s street pilot taking cars off the road it’s really giving people the opportunity to move quickly into the downtown. So price, the location, master plan community, huge amount of public space and parks for people it’s gonna make this really attractive.

Roy: Moving on to the next project. It is Lakeside Residence, the Park Suites. And again, this is a project that we’ve spoken a lot about on our release radars. We’re big fans of lakeside and the whole East Bay front.

And again, just like playground we have done a full 20-25 minute video on lakeside where we talk about all the aspects about why we love this neighborhood, and project so much. 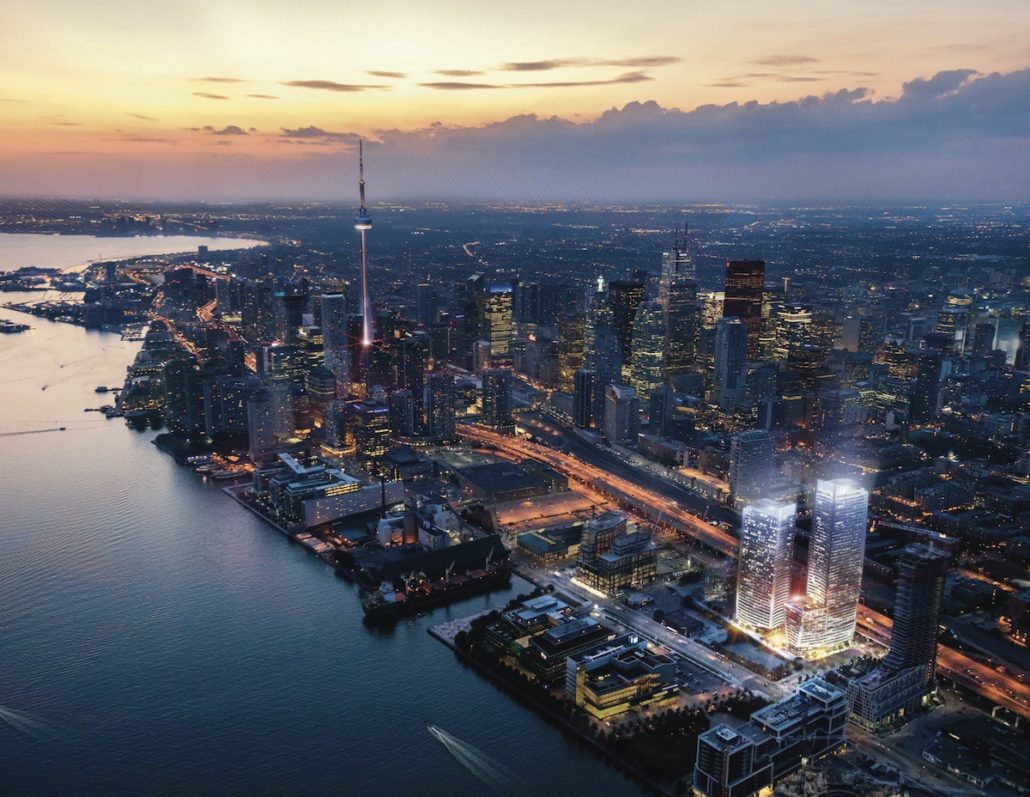 Roy: Amit, give us 60 seconds and give us the

Amit: Okay. I’m gonna speak about the location first. It’s in East Bay front for those that aren’t aware, it’s basically [inaudible 00:03:31] along the Queens Key. It’s a true water front community. The water front Toronto initiative set in the mid 2000’s dubbed this at the crown jewel of the water front revitalization effort, so there’s a lot of efforts going into making this one of the top neighbours in the future.

There’s a big emphasis on jobs, retail, education, public space, and of course residences. Residence itself the next release, or the third release of lakeside residences it’s gonna be called the park suites. Aptly dubbed because you’re gonna have park views. Right next to it is [inaudible 00:04:10] common, the Northern portion of it. It’s gonna be 260 suites from floors two – 15 and that’s coming very, very soon.

Roy: Yeah. On timelines on that one, it is … we’ve been talking [inaudible 00:04:23] launching in the first couple of weeks of April …

Roy: We don’t have that a firm time frame yet, but in the next couple of weeks we’re gonna have much more details on this, stay tuned we’ve got a lot of buyers interested in this one.

Mike: And the first two phases were …

Roy: Perfect. The next one is, not quite Downtown. It’s up in Stouffville.

Roy: This is actually a really interesting one as well, when we sat down, and we looked at this project again, we did do a deep dive on 9th & main as well and there will be a link to that full episode in the show notes, but there was so much to get into on this project. 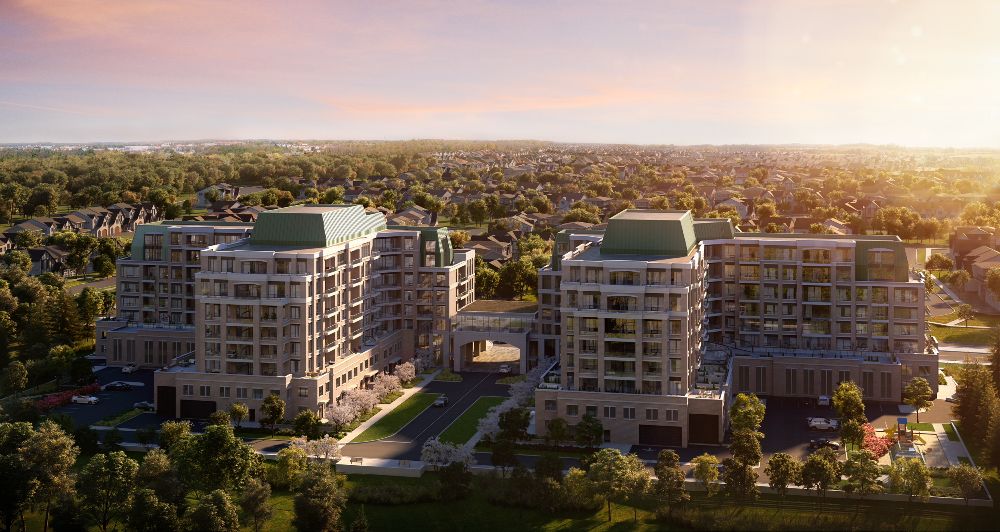 There’s a lot a great elements of the project. We loved how they married the neighborhood with the kind of buyer that will be buying here.

Roy: Mike. Give us a quick rundown on why you love 9th & Main.

Mike: Yeah. Condo living is not just Downtown Toronto anymore. I mean condo villages are going up everywhere around the GTA, cities across the GTA are looking at that city. Stouffville is a perfect spot and needs something like this in the community. 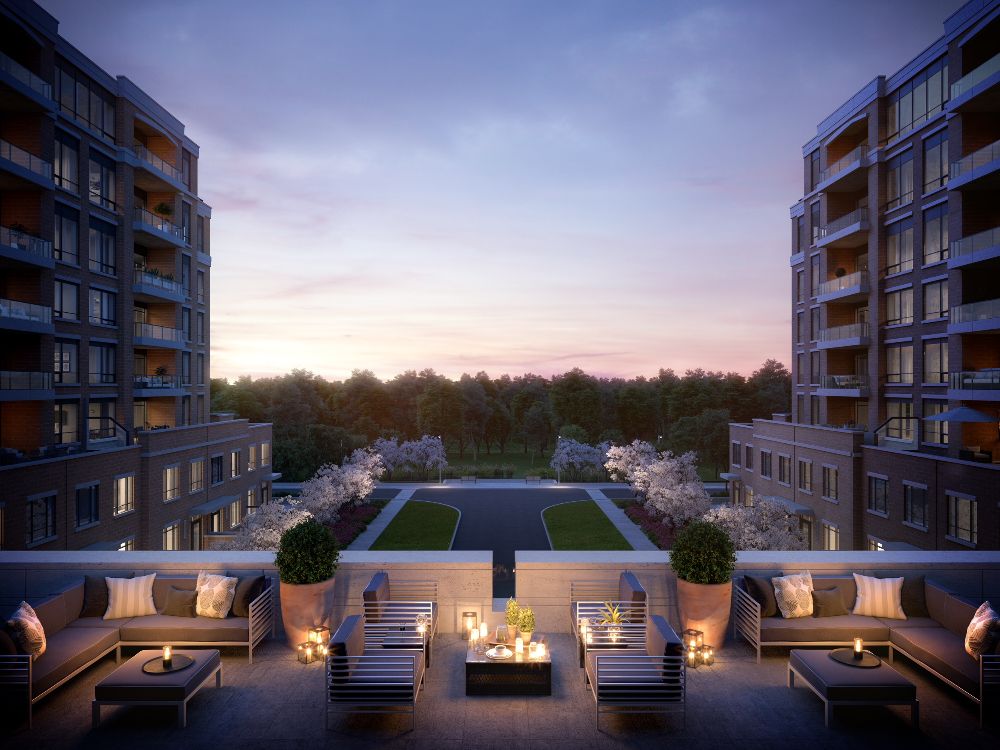 It is Pemberton built, I know we’ve talked about Pemberton a lot [inaudible 00:05:31] Great developer, number one in sales in 2017. This is located just two minutes South of Main Street in Stouffville on 9th line, you’re three minutes from the go station, you’re 10 minutes from the 404 and Markham, it’s gonna be high end design, two, eight story towers, 34 towns, 212 units total, and they have two story lofts. Anybody whose looking to sort of downsize, or be a first time buyer in this area, even investors looking for something with the go station nearby, there’s opportunities here with the prices starting in the $400’s.

Large suite sizes as well. This is one to watch out for, for anybody whose looking for you know, just something just North of Markham or staying in Stouffville.

Mike: If you’re watching this two weeks. At questions now, everything that we’re talking about in the next couple of weeks.

Roy: The next project is, Yonge and Eglinton. Really popular location. This is a unique kind of building for that area, it is Uovo Condominiums, boutique condominiums in an area that traditionally has 40, 50, 60, or so story towers …

Roy: Coming to market. Very unique, and again you’ve probably seen the theme here, but we’ve done a deep dive on this condominium as well …

Roy: Where we really breakdown every element here and get into the fine details. But Amit, this is your area, you live nearby. Give us 60 seconds on Uovo …

Amit: I’ll start location once again. Yonge and Eglinton like you mentioned, specifically is gonna be in the Chaplin Estates. It’s fronting on Yonge Street itself, on the corner of Hillsdale Avenue West and Yonge Street. 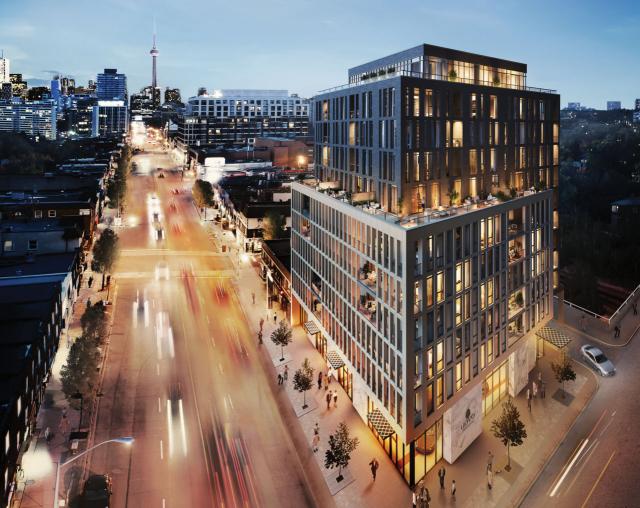 The neighborhood itself is very well known for being a very, very [inaudible 00:07:22] neighborhood. You know, starting entry price for a single, detached home there is $2,000,000. It just gives you a rough idea as to the kind of project this is. The fit and finish fits very well I think. It’s gonna be an 11 story boutique residence, very rare like we mentioned before. 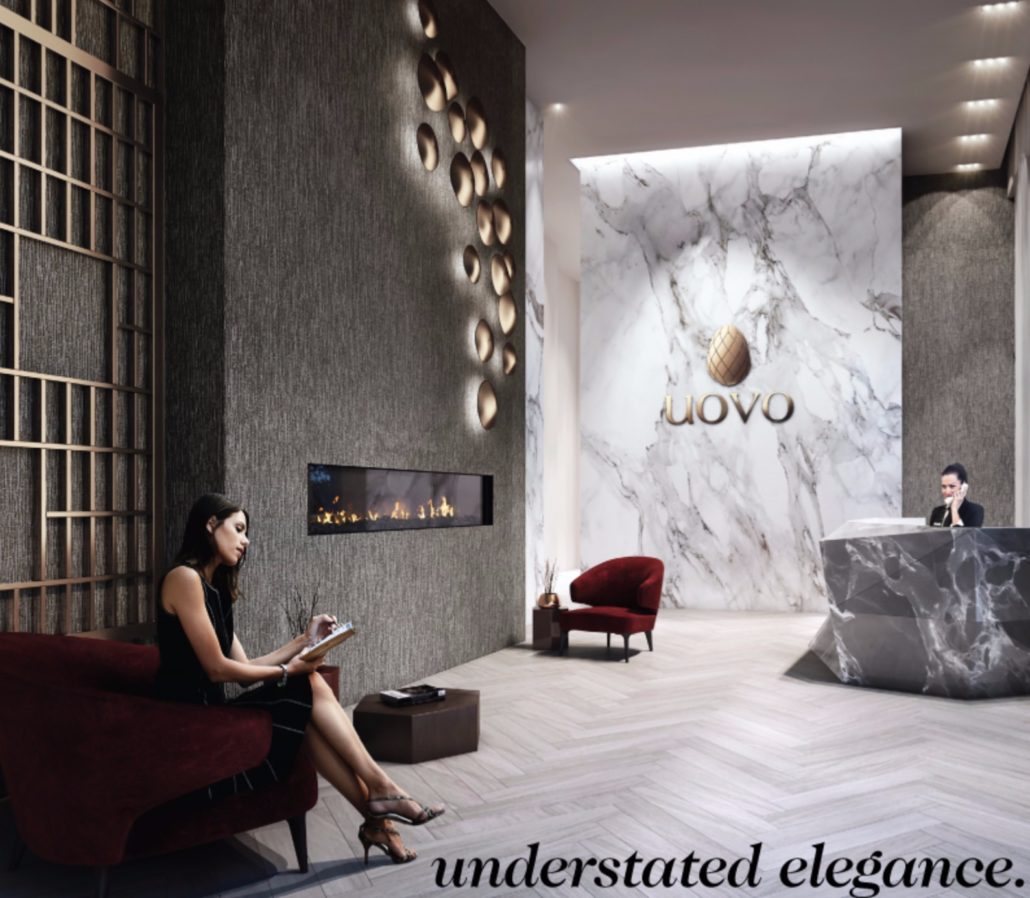 Roy: Mid April. So, next couple of weeks again.

Roy: Okay. The next one, and final one that we’re going to chat about today is, a little bit further up probably the third or fourth week of April, but again we wanted to bring this one up. It’s M2M condos at Yonge and Finch [inaudible 00:08:21] plaza. And the reason we wanna bring this one up today is because, the level of demand on this one has been

Roy: Forever. And there’s a lot of eyeballs on this site. A lot of people have been asking us questions so we wanted to do the deep dive on this one now, even though it’s a month away, because of how much interest there is in this project. 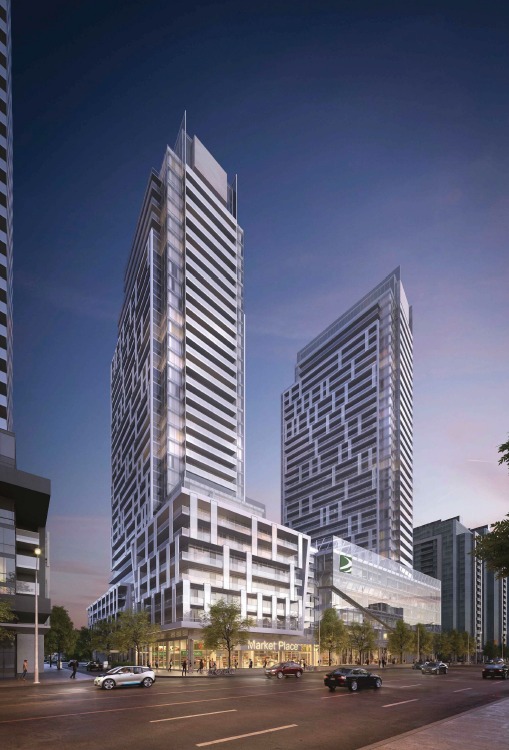 Roy: Why everybody’s so excited about M2M.

Mike: Okay. Yeah, for sure. Again, that’s the redevelopment of the new brook plaza. Yonge and [inaudible 00:09:04] is the exact location

Mike: Just North of there. You’re looking at [inaudible 00:09:09] subway. 8.6 acre redevelopment. This is a massive, massive footprint, the first two stories of five that are going to be coming …

Mike: First two buildings of Five that are gonna be coming. They’ll share an eight story podium developed by IE1, which is a developer, a huge mass developer from China. They purchased this site for over $2,000,000 dollars last [inaudible 00:09:32] one of the largest transactions in 2017. We talked a lot about that and what it means for the area, it’s gonna have four levels underground parking, double high gym, it’s gonna be a really big footprint there and I know people are really excited about it for a good reason. That whole yonge corridor is really starting to densify. We don’t have prices or anything, any kind of …

Mike: [inaudible 00:09:59] details just yet, but again this is coming at the end of April. Hopefully in a couple of weeks we’ll have more to share for you guys. 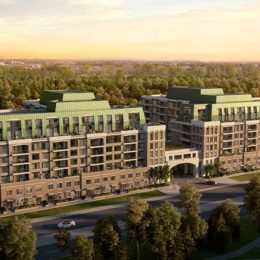 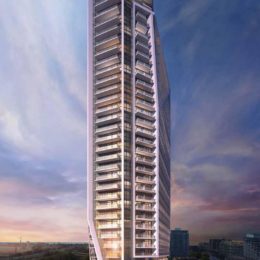 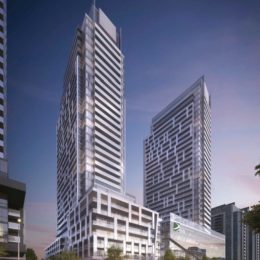 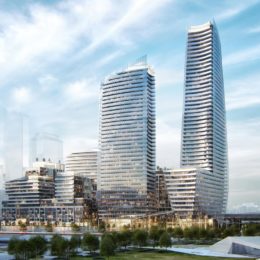 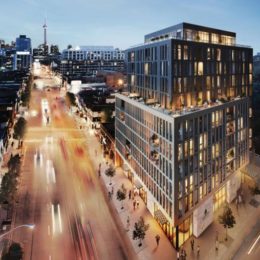