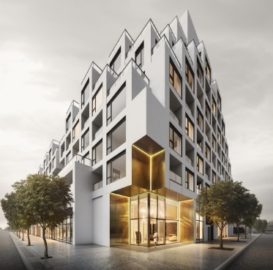 Also known as “Downtown Yonge, or the “Garden District”

Toronto’s downtown is the business, fashion, shopping, dining and entertainment mecca of the entire country. The stunning condo developments in recent years are a reflection of the bustling downtown core. Many experts have noted that Toronto’s downtown east has become the largest submarket for new condos in the Greater Toronto Area.

The boundaries of Toronto’s Downtown Core can be defined differently by each Torontonian. For many Torontonians, the boundaries go all the way west from Bathurst to Sherbourne, and for others, the core is the area between the cities entertainment and fashion districts, as outlined by the map below.

For this neighbourhood profile, we are going to focus on predominantly on the pocket high condo activity happening just east of Yonge Street, south of Dundas and north of Adelaide. Some would call this neighbourhood “Downtown Yonge”.

Getting around Toronto’s Downtown Core

Wherever you’d like to go to in the Downtown Core, you are in walking distance. You are steps away from the streetcar, subway, major shopping malls, dining establishments, grocery stores, and entertainment.

The TTC naturally has a large presence in the downtown core. Wherever you’d like to go, you are met with several options in the downtown core. A short walk would also connect you with the UP Express to the airport as well as the Go and VIA rail. For car owners, the Gardiner and Don Valley Expressway can be reached in minutes.

While there are many great transit options at the lobby of every downtown condo, you don’t necessarily need to rely on it. The CF Toronto Eaton Centre, the rich amenities of Dundas Square, Toronto’s underground PATH network, and a wide variety of neighbourhood shops and amenities are a mere few minutes away.

The Toronto Eaton Centre and Dundas Square is the city’s largest and most visited Tourist attraction. Many compare the bright lights and entertainment of Yonge and Dundas Square to a smaller version of New York’s iconic Times Square.

Whatever culture, cuisine, or style of food one is into, there are hundreds of world-class local dining options nearby. When residents are looking for dinner and a show, there are many theatres lining Yonge Street such as the Canon Theatre, Elgin and Winter Garden Theatres, and the iconic Massey Hall. These venues attract world-class productions and performance artists. For lovers of the silver screen, Cineplex VIP Cinemas make for an excellent night out.

The Downtown Toronto core will always be the premiere destination in Toronto. Likewise, it will also be the premier destination for the hottest condo projects in the city. Here are some of the following projects that will be turning heads this coming year. 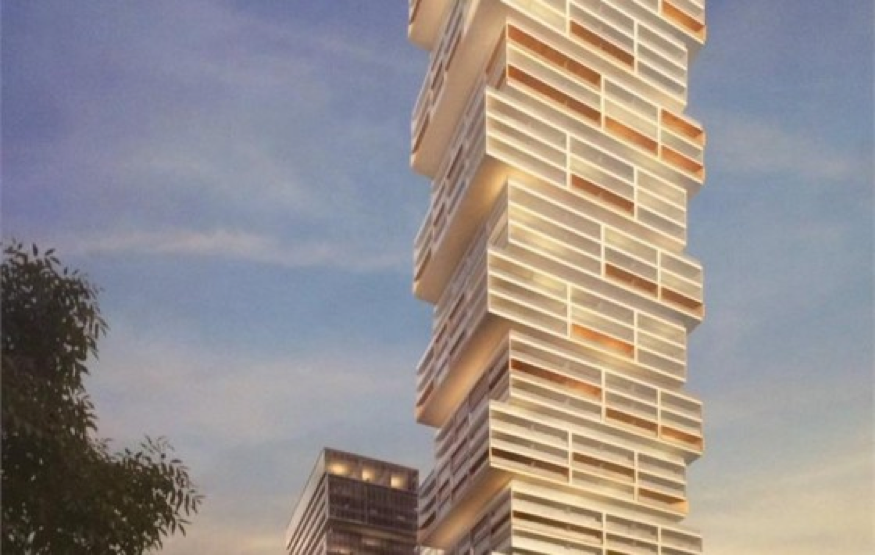 This bold project coming to 88 Queen St East aims to “refresh the Toronto urban experience”. Its sister condo , 88 North Condos, is a 29 storey tower that is soon completing construction. 88 Queen Street Condos will indeed make its impact felt in the downtown core when it completes in 2018. This multi use tower will occupy an entire city block, with it’s ground floor providing vibrant restaurants, cafes, street retail, footpaths, and greenspace.

The 57 storey project is pitched as a resort for Toronto urbanites. Equipped with world-class amenities, while being a stones throw aways from some of the best dining, shopping and entertainment the city has to offer. 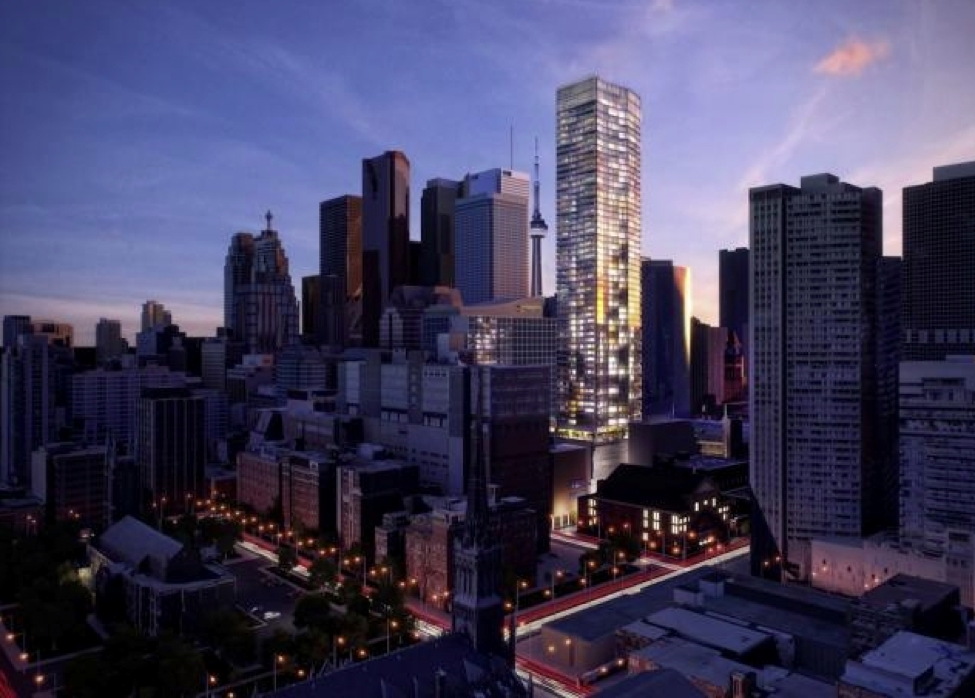 At the foot of The Massey Tower Condos lies some of Toronto’s most beloved theatres and historical buildings such as Massey Hall, the Canadian Bank of Commerce Building. This project aims to respect, preserve, restore, and reinvigorate Toronto’s theatre block.

The Massey Tower will stand 60 stories over these historic Toronto institutions, providing 699 suites. Currently under construction, the Massey Tower Condos aims to be completed in 2018. 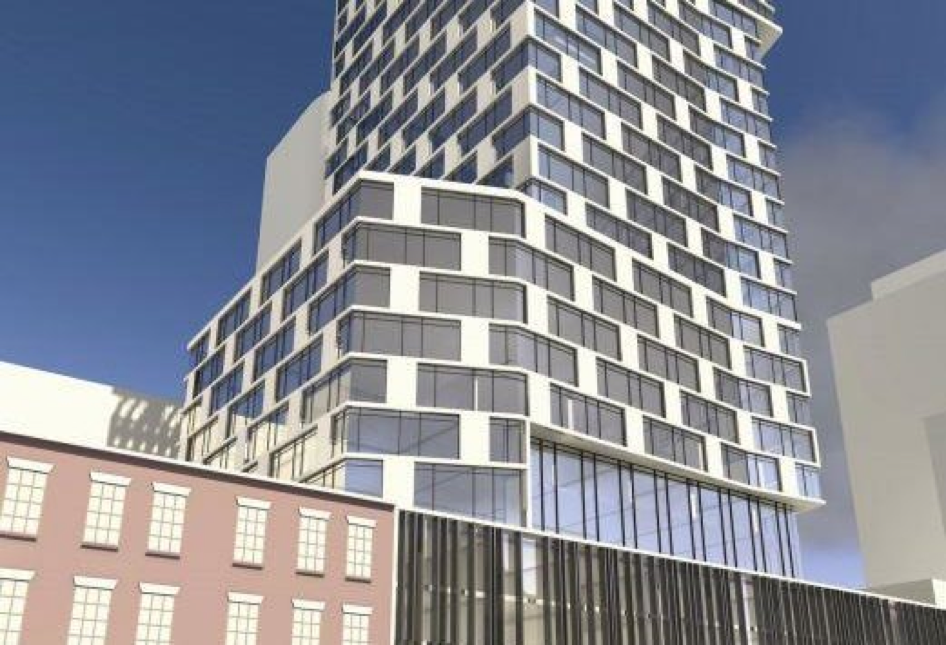 Coming in 2020, Fleur Condos by Menkes Developments will continue the onslaught of premier condo developments in the downtown core. Designed by architectsalliance, every inch of this project is to be created to complement the surroundings of the area.

From the developer, “Fleur doesn’t just contribute to the renaissance currently sweeping over the Garden District. It sets the tone.

Find out how you can get on the priority access list for this exciting condo development here. 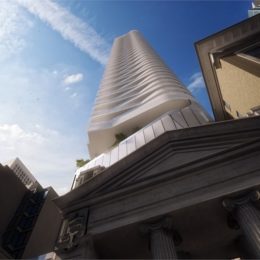 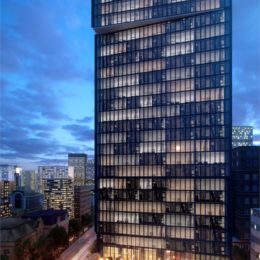 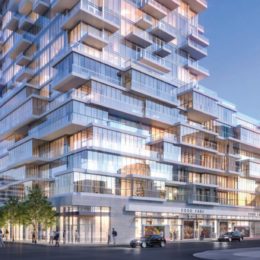