The term “starchitect” is a word given to describe a famous or high-profile architect.  Toronto’s high rise boom has started to attract some of the worlds leading architecture firms and developers are starting to see value in bringing in internationally acclaimed designers to help make their condominiums stand out from the crowd.

There were eye brows raised when Frank Gehry designed Mirvish + Gehry, with many believing that this would help cement Toronto in the “World Class” category.  However, a number of other top tier architects have followed suit (and we suspect more will follow).

Below are the top pre-construction condos in Toronto that are designed by Starchitects.

Bjarke Ingels Group (BIG) is one of the fastest-growing and hottest architecture firms in the world. They recently completed work on the second World Trade Centre building in Manhattan, but have also been involved with acclaimed developments including the Gyeonggi Museum of Modern Art (located in Gyeonggi, Korea), the Danish Maritime Museum (in Helsingor, Denmark), West 57 and Two World Trade Centre in New York City. 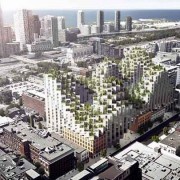 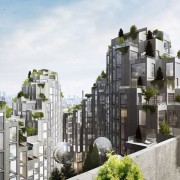 Moshe Safdie Architects is an award-winning architecture firm founded by Moshe Safdie, an Israeli/Canadian/American who has done work in some of the biggest cities around the world, such as Jerusalem, Singapore, Salt Lake City, and numerous others. Just a few of the firm’s biggest developments include the Khalsa Heritage Centre in Punjab, India; Marina Bay Sands Resort in Singapore; the National Gallery of Canada in Ottawa; and the Salt Lake City Main Public Library, in Salt Lake City, Utah.  His most notable work in Canada was Habitat 67, located in Montreal. 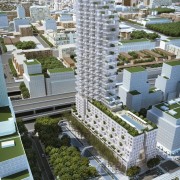 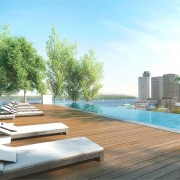 ➌ The One Condos by Foster + Partners

The One Condos will be located at the corner of Yonge and Bloor in Toronto and is being designed by award-winning Foster + Partners Architects. This London-based international architecture firm was founded by Lord Norman Foster in 1967 and has worked on some of the world’s most high profile steel and glass high-rise buildings.

Mizrahi Developments put Foster + Partners in charge of designing their “The One” Condo complex, with features including an 80-story residential tower, retail space, 416 luxury condo suites, and more.

Learn More about The One Condos → 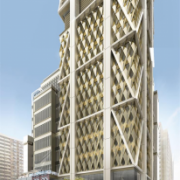 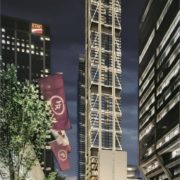 Frank Gehry is an award-winning Canadian-born architect that has been labeled by Vanity Fair magazine as “the most important architect of our age”. Gehry’s long career in architecture started in 1958 when he got to design and build his first private residence in Idyllwild, California.

His most renowned and inspiring projects throughout the years include earlier works like the Norton House (located in Venice, California, completed in 1984), the California Aerospace Museum (also finished in 1984), the Chiat/Day Building (1991) in Venice, California, and new projects include the Guggenheim Museum in Bilbao, Spain, the Walt Disney Concert Hall in Downtown Los Angeles, New World Centre in Miami Beach, Chicago’s Millenium Park, and Gehry’s first residential skyscraper, Beekman Tower in New York City.

Gehry and David Mirvish are collaborating on the design and development of a new mixed-use condo and retail complex to be located at King Street West and Simcoe Street in Downtown Toronto. The new project will feature two towers (82 and 92 floors), a six-story podium, and 1,949 luxury condo suites. 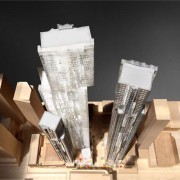 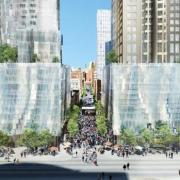 Daniel Libeskind is an internationally recognized Polish-American architect who founded Studio Libeskind with his wife in 1989. His most important designs and projects include the Jewish Museum Berlin, the Ascent at Roebling’s Bridge in Covington, Kentucky, the Imperial War Museum North in Greater Manchester, England, Reflections at Keppel Bay (high-rise, low-rise villa complex in Singapore), Haeundae I Park Marina (Busan, South Korea), and the Vitra Tower in Sao Paulo, Brazil.

Studio Libeskind is planning the design for the L Tower (developers are Cityzen, Fernbrook Homes of Concord, and Castlepoint Numa of Toronto), which features 600 luxury condo suites and a 58-story residential tower. 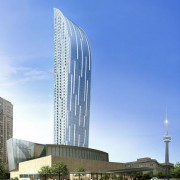 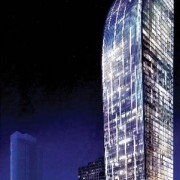 3XN was hired to design Aquabella in Toronto, which is the third and last phase by developer Tridel (Aqualina and Aquavista were the first two phases of the project); Aquabella will feature 228 luxury condo suites and 24 total floors. It’s proposed to be a mixed-use complex with residential and retail space. 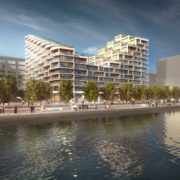 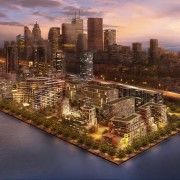 Foster + Partners Architects are a London-based international architectural firm founded in 1967 by Norman Foster. The firm has designed and constructed many steel-and-glass buildings across the world, in major areas like London, Hong Kong, Berlin, Singapore, Buenos Aires, Washington DC, and Boston. High profile developments and buildings they have completed include the Brand New Apple Head Quarters in California, Murezzan in St. Moritz, Switzerland, Hearst Tower (NYC), Caja Madrid (Madrid, Spain), the Index (Dubai), the Bow in Calgary, and One Central Park in Sydney, Australia.

They are currently designing Bay + Scollard Condos located at 48 Scollard Street in Toronto, with features including 112 condo suites, 43 floors, and a total of 518-feet in height. 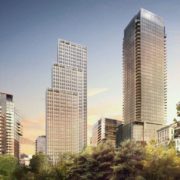 Interested in purchasing Toronto’s new iconic condominiums? Contact TalkCondo’s new condo experts for more information on how you can buy in one of Toronto’s best new condominium projects. 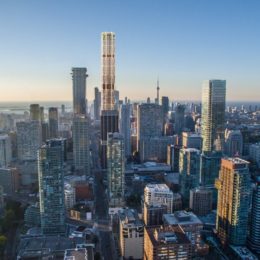 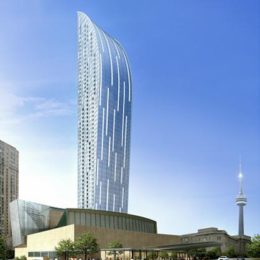 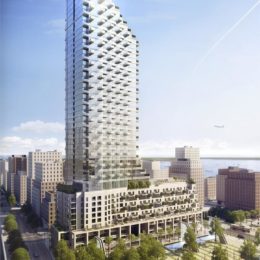